Board Members and Executive Staff 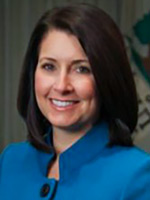 Kristina Daniel Lawson, of Walnut Creek, has served as a public member of the Medical Board of California since 2015. Lawson is a partner at Hanson Bridgett LLP in Walnut Creek and San Francisco, where she practices land use and environmental law. Lawson was a member of the Walnut Creek City Council from 2010 to 2014, and served as Walnut Creek's Mayor in 2014. Lawson earned a Juris Doctor degree from the Santa Clara University School of Law, and a B.A. from the University of Arizona. 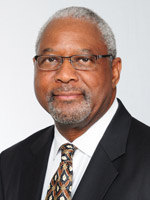 Governor Edmund G. Brown Jr. appointed Dr. Randy W. Hawkins, of Los Angeles, California, to the Medical Board in 2015. He has been in private practice since 1985. His medical practice is composed of primary care, pulmonary and critical care medicine, and hospice care. He is board certified in internal medicine and pulmonary and critical care medicine. He is clinical assistant professor of medicine at the Charles Drew University of Medicine and Science. Dr. Hawkins represents the Medical Board on the Health Professions Education Foundation. He is a member of a Food and Drug Administration Advisory Committee. He earned a Doctor of Medicine degree from Hahnemann Medical College in 1979 and completed his pulmonary and critical care fellowship at the University of California at San Diego in 1985. 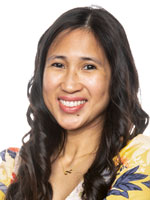 Laurie Rose Lubiano was appointed to the Medical Board in 2018 by Governor Edmund G. Brown, Jr. Ms. Lubiano is an attorney licensed to practice law in the State of California and before the U.S. Patent & Trademark Office. She has been IP & Product Counsel for the Climate Corporation since 2017, where she handles a variety of matters including intellectual property, commercial agreements, international expansion and privacy compliance. Ms. Lubiano earned a Bachelor of Arts in Molecular & Cell Biology from U.C. Berkeley and a law degree from The University of The Pacific, McGeorge School of Law.

Dr. Michelle Anne Bholat served as a member of the Medical Board from 2015 to 2019, appointed by former Governor, Edmund G. Brown Jr. Later, in 2022, Governor Gavin Newsom appointed her to the Medical Board. She is an editor for the Journal of Medical Regulation of the Federation of State Medical Boards. She also served as an expert reviewer to the Medical Board for many years. Her public service has been long-standing and she has been a member of many boards concerned with vulnerable populations including the Los Angeles County Public Health Commission, Health Care Los Angeles, IPA Chief Medical Officers and the Association of California Health Districts. Currently, she is a board member of the Beach Cities Health District. Dr. Bholat earned a Doctor of Medicine degree from the University of California at Irvine and completed residency training at Harbor-UCLA Medical Center. Post-residency, she earned a Master’s in Public Health Policy and Management from UCLA School of Public Health. She is board eligible in Addition Medicine. She is Professor of Family Medicine at the David Geffen School of Medicine and Executive Director of the UCLA International Medical Graduate Program in the Department of Family Medicine at UCLA. 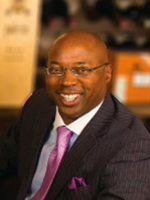 Ryan Brooks was appointed to the Medical Board of California by Governor Gavin Newsom in 2021. Mr. Brooks is the Executive Vice President of Government Affairs for Outfront Media, responsible for creating and maintaining governmental and public affairs activities, compliance, community outreach, policy direction and fundraising activities for the United States.

Since 2003, Mr. Brooks has been a member of the California International Relations Foundation. The Foundation provides assistance to the California State Senate in furthering the exchange of economic, educational and cultural information between government leaders and other citizens of foreign countries. 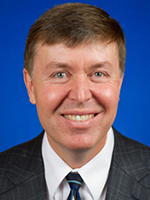 Dr. James Healzer was appointed to the Medical Board in 2021 by Governor Gavin Newsom. Dr. Healzer is Chair of the Chiefs of Quality for The Permanente Medical Group and Staff Anesthesiologist at the Kaiser Permanente Santa Clara Medical Center. He is also Chair of the Permanente Federation’s Peer Review Advisory Committee. He completed residency training in Anesthesiology at Stanford University and Internal Medicine at the University of California, San Francisco; and he is certified by the American Board of Anesthesiology and the American Board of Internal Medicine.

Dr. Healzer earned a Doctor of Medicine degree from the University of California, Los Angeles School of Medicine and a Master of Science degree in biological sciences from Stanford University.

Governor Gavin Newsom appointed Nicole A. Jeong, of South Pasadena, to the Medical Board of California in April 2022. Jeong has been the Southern California Regional Director of Advocacy at Root & Rebound since 2021, where she’s been an Attorney since 2018. She was a Pro Bono Coordinating Attorney at Legal Services NYC from 2016 to 2018 and a Litigation Associate at Paul, Weiss, Rifkind, Wharton & Garrison LLP from 2014 to 2016. Jeong earned a Juris Doctor degree from Yale Law School. 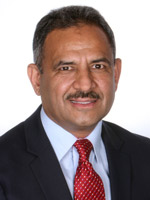 Dr. Asif Mahmood comes from humble beginnings, growing up in the remote Pakistani village called Kharian. He received his medical degree from Sind Medical College, did his Internal Medicine residency at the University of Kentucky Medical Center followed a Pulmonary fellowship at the University of Virginia and Harlem Hospital at Columbia University. Dr. Mahmood has been a practicing physician at Huntington Memorial Hospital in Pasadena since 2000 and has served in different capacities from medical executive committee member to chief of staff in different hospitals. He is also on the board of the East Los Angeles College Foundation and the United Nations International Children’s Fund, Western Region. 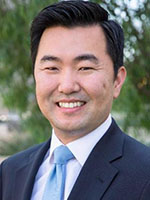 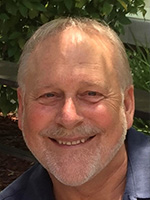 Dr. Richard Thorp was appointed to the Medical Board in 2019 by Governor Gavin Newsom. Dr. Thorp has been president and chief executive officer at Paradise Medical Group since 2001. He was an internal medicine physician and medical director for Butte County for the California Medical Foundation from 1994 to 2000 and internal medicine physician at Richard E. Thorp MD Inc. from 1981 to 1994. Dr. Thorp is a member of the American Medical Association, American College of Physicians, California Medical Association and the Butte-Glenn County Medical Association. Dr. Thorp earned a Doctor of Medicine degree from the Loma Linda University School of Medicine. 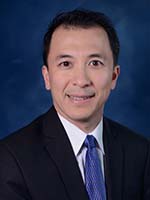 Veling W. Tsai, MD, JD, FCLM, is a clinical assistant professor in the Department of Head and Neck Surgery at the University of California at Los Angeles – David Geffen School of Medicine. Dr. Tsai is also an attending physician in the Department of Surgery, Division of Head and Neck Surgery at Olive View – UCLA Medical Center in Sylmar, California. Additionally, Dr. Tsai is in private practice in Alhambra, California. He attended UCLA and received a Bachelor of Arts degree in Geography/Environmental Science, graduating with Latin honors. Dr. Tsai then received his dual law and medicine degrees from Southern Illinois University - School of Medicine and School of Law. Dr. Tsai completed his Head and Neck Surgery residency training at UCLA, and is a board certified otolaryngologist by the American Board of Otolaryngology. He is licensed to practice both law and medicine in the State of California. Dr. Tsai previously served as the President of American College of Legal Medicine, and is currently on the Board of Directors of the American Academy of Legal Medicine. 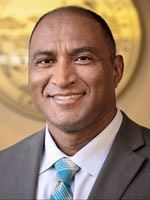 Mr. Watkins is the owner of The Next Level Coaching, a hybrid strength training and life coaching company. He also serves on the board of South Coast Foundation, a US-based private foundation that funds children infected and affected by HIV/AIDS in South Africa. Mr. Watkins is a published author, speaker and coach; he holds a Master of Business Administration (MBA) degree from the Graduate School of Business, Stellenbosch University.

Medical Board of California